Vancouver was the first stop on my trip, Cas (one of my best friends who heartlessly abandoned NZ) and Rachel (their Canadian girlfriend) were nice enough to give Jaime and I a place to stay for the few nights we were there.

We just had a couple full days in Vancouver, so only really got into the surface of the city. Cas and their friend Sean gave us a recent(ish) immigrant’s tour of Vancouver on day one, before we headed to the beach to make the most of summer. Vancouver certainly impressed. I’m a bit of a sucker for views of mountains over water which there were plenty of, the public transport blows any in NZ out of the water (though that’s a slightly low bar), the weather was warm and sunny, and the town pretty easily walkable.

Day two we caught a train, a ferry, and some busses to Vancouver Island and again had a lovely sunny day to wander round and explore Victoria. The public transport was (still) amazing ($5 for a day pass for the busses!) Victoria even put on a show on the waterfront with some lovely folk music to make us feel at home (or maybe that was something to do with Canada turning 150..).

Let’s be real though, you’re mostly here to look at pretty things, so here’s some photos:

Canada was getting really into the 150 year celebration thing 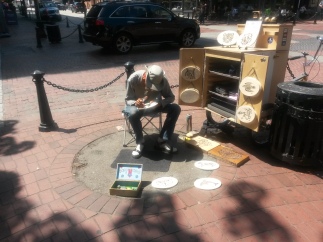 Wood burning art made with a glass lense, so freaking cool

And some great (/ok I guess) poutine

This was a super cool hidden alley in Chinatown 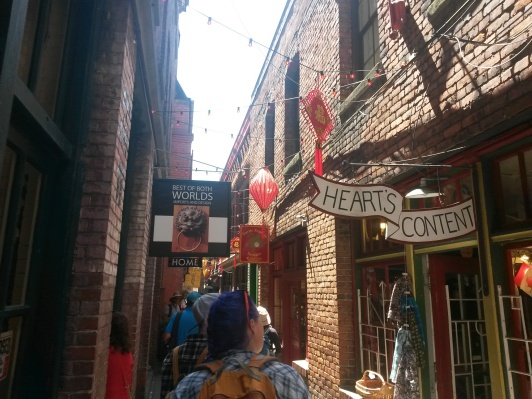 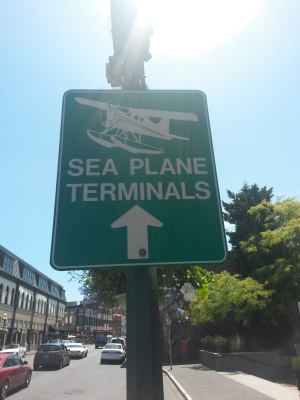 North Island’s a lot smaller than I remember

Awesome view on the ferry back 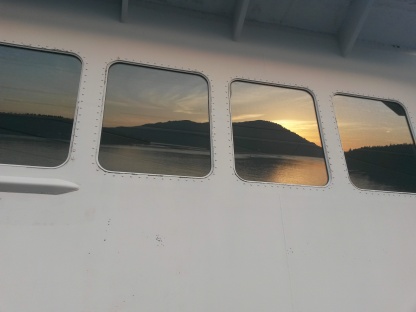